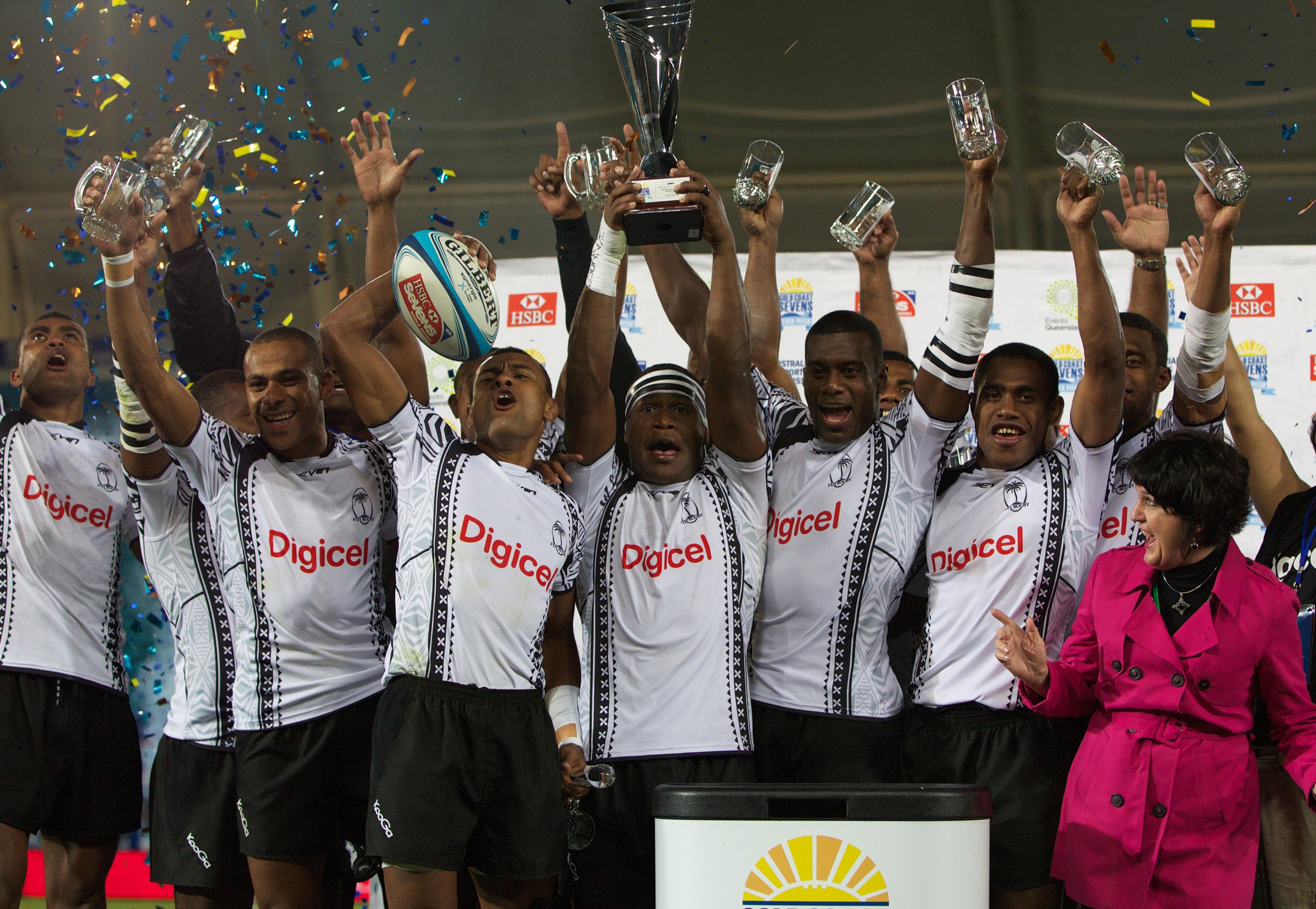 Fiji defeated New Zealand 32-14 in the final of the 2012 Gold Coast Sevens to successfully defend the title they won last year and take an early lead in the HSBC Sevens World Series 2012/13.

Two of Fiji’s seven debutants stole the show in the Cup final at Skilled Park, Ratu Raitini scoring an impressive hat-trick and Player of the Tournament Joji Raqamate crossing twice.

The victory means Fiji collect 22 Series points to sit top of the standings, ahead of New Zealand (19) and South Africa (17), who beat impressive Kenya (15) in the third place play-off.

Spain beat England to claim eight Series points by winning the Bowl. With the scores locked at 14-14 it was substitute Matias Tudela who scored the decisive try in sudden death extra time to record their first ever victory against England on the World Series.

On day one the two sides had met in the pool stages with England winning 13-10, but Spain were able to avenge that and come out on top.

England reached the Bowl final after Marcus Watson snatched their own sudden death extra time try for Ben Ryan’s side to beat Canada, and Spain defeated Wales 26-17 thanks to two tries from Pedro Martin.

In the first Bowl quarter final Canada beat Portugal 31-0, before England proved too strong for Scotland to set up the first semi final.

In the third quarter final, Wales came from 19-10 behind and scored three second half tries to run out 27-19 winners against USA whilst Spain moved into the semi finals in their first tournament as a core team, beating Tonga 19-7.

Michael Fedo and James Fleming both scored hat-tricks as Scotland beat USA 40-5 to win the first Shield of the season and collect three Series points in the process.

It was Fleming’s second hat-trick of the day as he earlier helped Scotland beat Portugal 33-0 and reach the Shield final. Carlin Isles, who can run the 100m in 10.13 seconds scored two of six tries in a 33-26 victory against Tonga for the USA. —- IRB