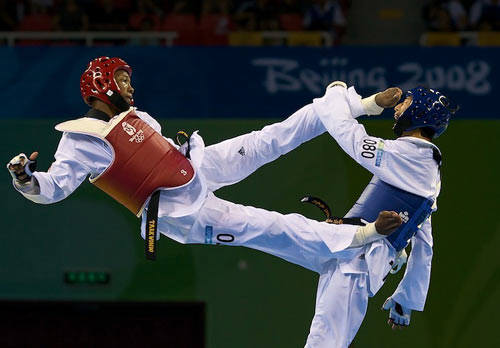 Seoul – Korea, April 17, 2012: Olympic Taekwondo, The decision was made on April 14, 2012 after months of Tripartite Commission meetings among the International Olympic Committee (IOC), the Association of National Olympic Committees (ANOC), and the WTF. With the wild-card allocation, the taekwondo competition of the London Olympic Games will feature 128 athletes from a total of 63 countries.

The other two wild-card holders are Panama’s Carolena Jean Carstens Salceda, ranked 13th in the women’s -49kg and fourth finisher at the Pan American Olympic Qualification Tournament; and Yemen’s Tameem Al-Kubati, ranked 167th in the men’s -58kg and a round-of-16 placer at the Asian Olympic Qualification Tournament. Of the 63 countries, 10 countries are qualified to send their athletes to the taekwondo competition of the Olympic Games for the first time. They are Cambodia, Lebanon, Tajikistan, Grenada, Jamaica, Panama, Armenia, Serbia, Samoa, and Algeria.