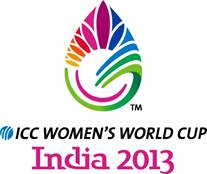 Mumbai – India, Feb 16, 2013: Glory, Five-time champion Australia will face West Indies in the final of the ICC Women’s World Cup India 2013 at the Cricket Club of India’s Brabourne Stadium tomorrow, with the match beginning at 1430 and broadcast in High Definition around the globe by the ICC Broadcast Partner, Star Sports. This will be the tenth final of the women’s showcase event, which began in 1973, and the third final of the women’s event to be held in India.

Both teams have had contrasting paths to the final, Australia, the most successful team to date in Women’s World Cup history, won all but one of its matches on the way to the final with the side losing just to its fellow finalist, West Indies, in its last Super Six game.

Meanwhile, the women from the Caribbean managed one win in the group stage, to secure their Super Six position, before winning all three vital Super Six matches. West Indies’ win over Australia in its last Super Six game ousted defending champion England, and New Zealand, out of championship contention and, for the first time since 2009, there will be a new team at the top of the Reliance ICC Women’s ODI Team Rankings after England’s slip to third post-tournament.

Australia’s women have all contributed to the side’s journey to the final; they have been well served particularly by pacer Megan Schutt, who is currently the joint highest wicket-taker of the tournament along with Anya Shrubsole, with 13 wickets. She has had great support from her new-ball partner Holly Ferling, the youngster made her debut for the Southern Stars in this event.

Veteran Australia spinner, Lisa Sthalekar, with their off-spinner partner Erin Osborne have made sure the bowling has been tight in the middle over for Jodie Fields’ side.

Australia’s batters perhaps have not performed as well as expected during the tournament, however, Rachael Haynes has the highest run aggregate among all the batters in the event and currently has 221 runs in six games with two half-centuries. She, along with the dangerous Meg Lanning, will be hoping for strong performances tomorrow to help win the cup.

Australian captain Fields said that the experience of having won finals before would stand them in good stead. “I look back at the match against West Indies (in the Super Six stage) now and I know we did not perform to our best. I feel that there are lots of improvements we can make. Coming into World Cup final, we have got the experience of having been there before. But we have to play well to beat them tomorrow. Hopefully our team can do that,” said Fields.

The 28-year-old from Toowoomba, said that the tag of favorites going into the final does not faze her team. “We are going in there as the favorites, but our focus is for us to play well. We have to put good batting, bowling and fielding in tomorrow to beat them.

“They played really well the other day. They have some really dangerous players. But hopefully tomorrow the Australian team can come out and show why we are one of the best teams in the world,” she said.

West Indies at one point was staring at an exit after losing to England in the group stages but the team has powered its way back to make the final of the tournament for the first time: “This tournament has been real rollercoaster for us,” said West Indies captain Merissa Aguilleira.

“There have been lots of ups and downs. But I guess that’s where the true spirit lies where you are able to come back from a depth where you don’t feel you are able to see yourself through. I must say we stuck together as a team. We motivated ourselves.

“I must also say that Sri Lanka came from nowhere, having been ranked lower coming into the event and played extremely wonderful cricket. We must complement them for that as well. It was a plus for us getting through after their display during the event too. We are making full opportunity of it,” said the hairdresser turned cricketer from Trinidad.

Aguilleira said that the team had taken confidence from the South Africa tour of the West Indies, where they won four straight games after losing the first two along with Darren Sammy’s men’s team providing the side inspiration after it won the ICC World Twenty20 2012 in October last year.

“We think of the ICC World Twenty20 final, where the guys barely made it through, but still went on to win the trophy. We can look at that and see what could happen to us,” said Aguilleira.

Aguilleira felt that West Indies had the psychological advantage having beaten Australia in its last Super Six game, which enabled qualification for the final. “We will have a psychological advantage over Australia tomorrow. Before that game, everything went was going wrong for us in the morning. We had a few players falling ill; one of our players was injured, so we had to pull her out last minute. I think it was just God, who saw us through that game. We are really thankful for it. I must say it’s a big accomplishment for us. All we have to do is grab hold of it,” said Aguilleira.

For West Indies, it has been the Stafanie Taylor and Deandra Dottin who have been the stand-out duo for the side. Taylor has certainly been the all-rounder of the tournament thus far with 309 runs and six wickets in six games, highlighting once again why she is the current ICC Women’s ODI Player of the Year. Dottin has been dangerous with both bat and ball scoring 204 runs and taking nine wickets with her medium pace bowling.

Aguilleira also felt that having played Australia once in the Super Six stage and once in the warm-up game is good for the West Indies team. “It’s good because we have seen them play. The more we see them play, the better idea we have of their game. So I guess it’s more for us to analyze. It will be good for us to go out there and accomplish something for the people of the Caribbean as well. Australia is a wonderful team, so we definitely have to bring in our ‘A’ game against them.”

The ICC today announced the details of the umpires and match referee for the final of the ICC Women’s World Cup India 2013, to be played tomorrow between Australia Women and West Indies Women. The match will be played at the Cricket Club of India (Brabourne Stadium) with the game schedule to begin at 1430 IST. The appointments are as follows: