Dubai, April 02, 2017: The media accreditation process for the ICC Champions Trophy 2017, which opened on 5 March, will be closed by tomorrow (Monday), 3 April, at 1700 hours London time. This is a two-stage online process that can be completed by clicking HERE. 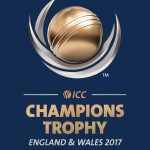 In the first phase of the process, the media will be required to register for accreditation. As part of the process, the media will need to upload the following documents and, therefore, the ICC strongly advises the applicants to have these prepared, in soft copy, prior to applying as applications without any of these documents will not be processed:

i) A colour headshot photograph with a plain background (like a passport photo) (.jpg file smaller than 250 KB in size)

ii) Scanned copy of the photo page of your valid passport/driver’s license/national ID (.jpg file smaller than 250 KB in size)

iii) Letter of approval/assignment from your editor (.jpg file not more than 250 KB)

The ICC reserves the right to approve/reject/request further information on all applications in its sole discretion and without providing reasons for doing so.

In the second phase of the process, which will run from 24 April to 6 May, the successful applicants will be requested to select matches they intend to cover.

While selecting matches, the media is advised to bear in mind the following:

• Tournament pass doesn’t guarantee you a space in the media working area on a match-day. Therefore, for each match, there will be match-day accreditation list which the ICC will prepare as per its pecking order, meaning preference will be given to international news agencies, news agencies from competing countries, national daily newspapers from competing countries and national daily newspapers from host country (please refer to the attached FAQs document to read more about the ICC’s pecking order)

• The ICC will endeavour to inform the media via email which matches they have been accredited for 48 hours before the match.

Like the previous ICC events, Non-Rights Holders (NRHs) will be accredited for the tournament, but only reporters will be accredited on match days. However, to facilitate the NRHs, all post-match media conferences will be live-streamed on the ICC website and later uploaded to the ICC Media Zone (details to be shared in due course).

For the traveling media, the ICC will provide visa letters confirming that the applicant has been accredited for the tournament. However, this letter will only be provided after the application has been successful and scanned copy of the front-page of the passport has been emailed to ICC Media Accreditation Manager Marie Ehuy at [email protected]

The accreditation process for the ICC Women’s World Cup 2017 will run alongside the second phase of the ICC Champions Trophy 2017 from 24 April to 6 May. During this period, media which is already accredited for the ICC Champions Trophy 2017 will be required to select matches they wish to cover, while new applicants will have to register and then select matches.

If you have any questions, please contact ICC Media Accreditation Manager Marie Ehuy at [email protected]

The media is strongly advised to carefully read the Media Terms and Conditions, and also refer to the FAQs document to avoid any misunderstandings or inconvenience. —- ICC